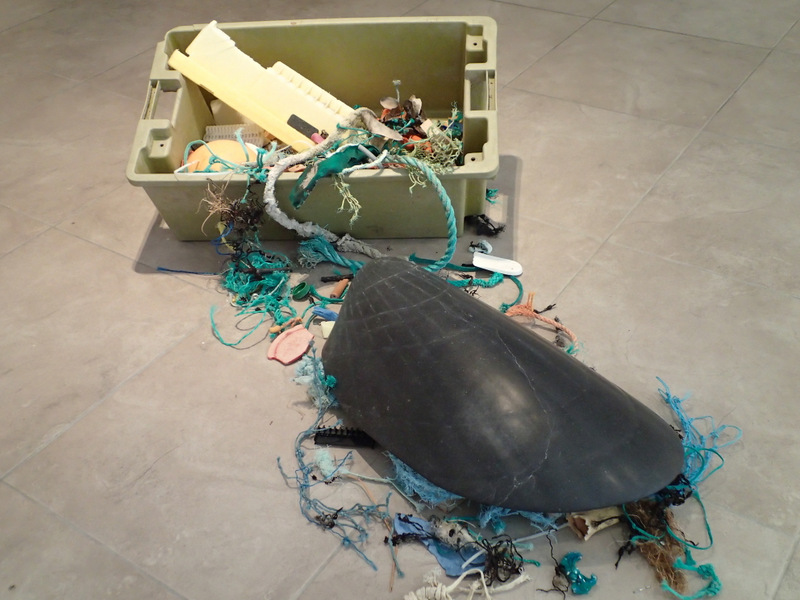 I was exiled to the far west of Ireland for the last couple of years. The sea, the sea, the wild Atlantic was on my door step and the ever-present roar of the wind (especially last winter).  So my influences have been maritime hence, the first sculpture after my break from stonework was a Mussel shell followed by a piece of seaweed.  I made the mussel shell from one of the off-cutcorners from my Cherries. 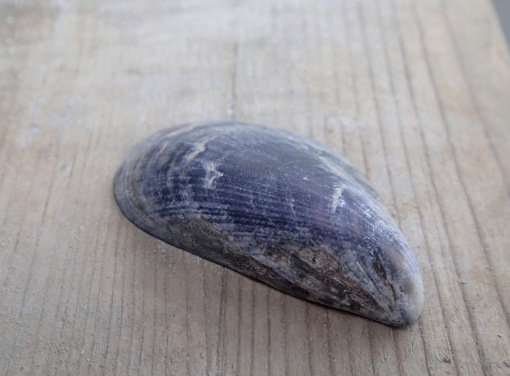 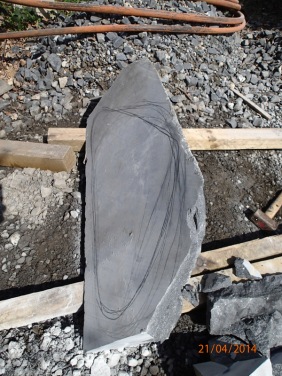 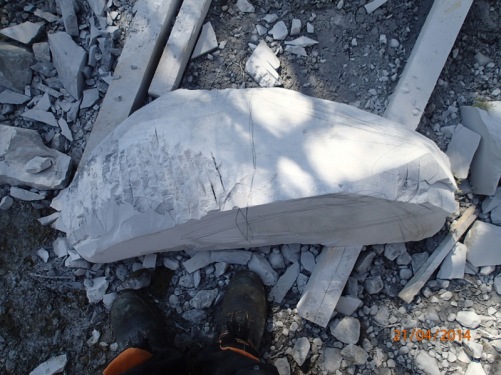 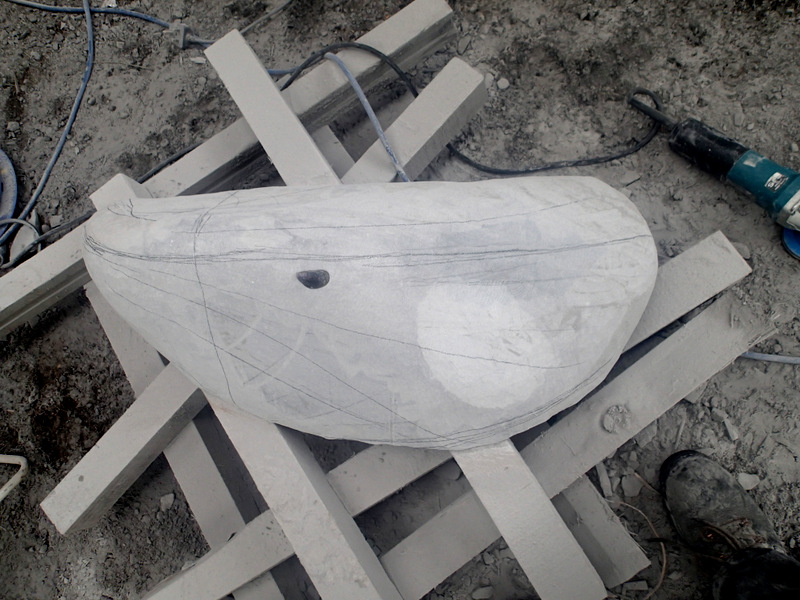 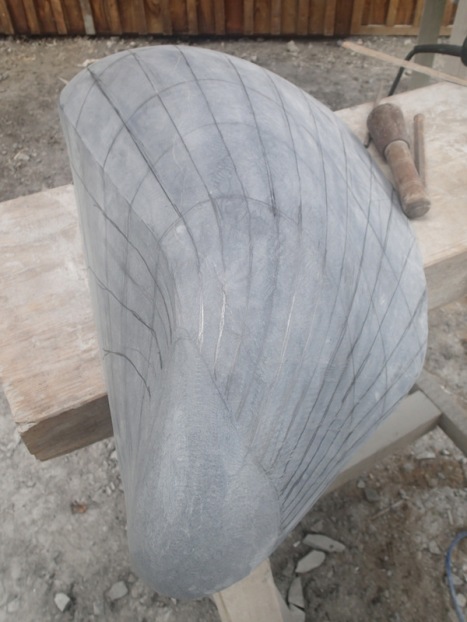 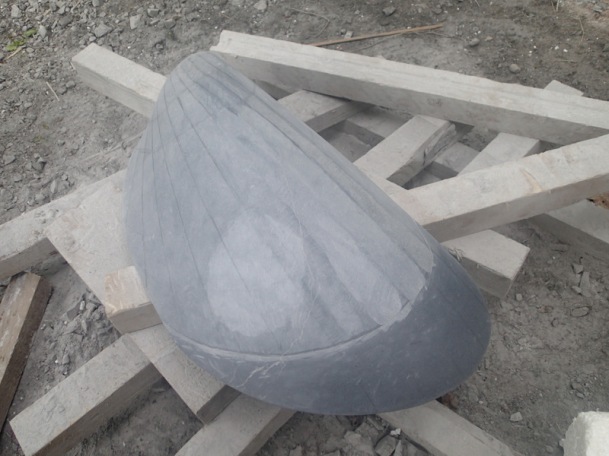 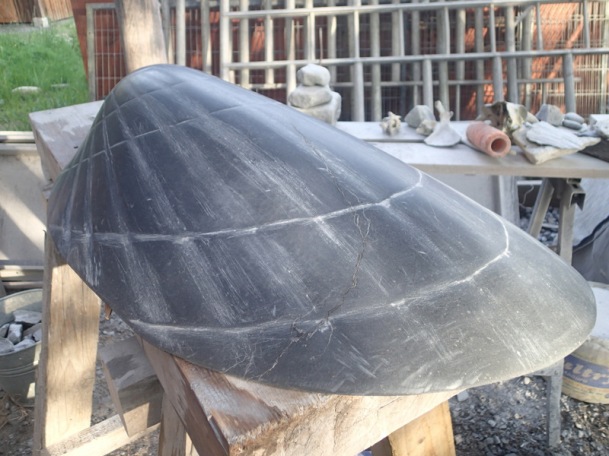 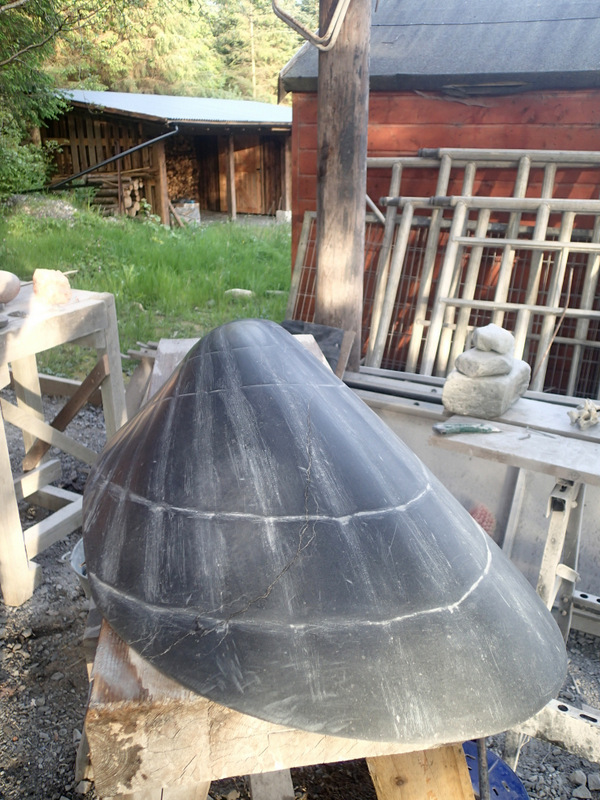 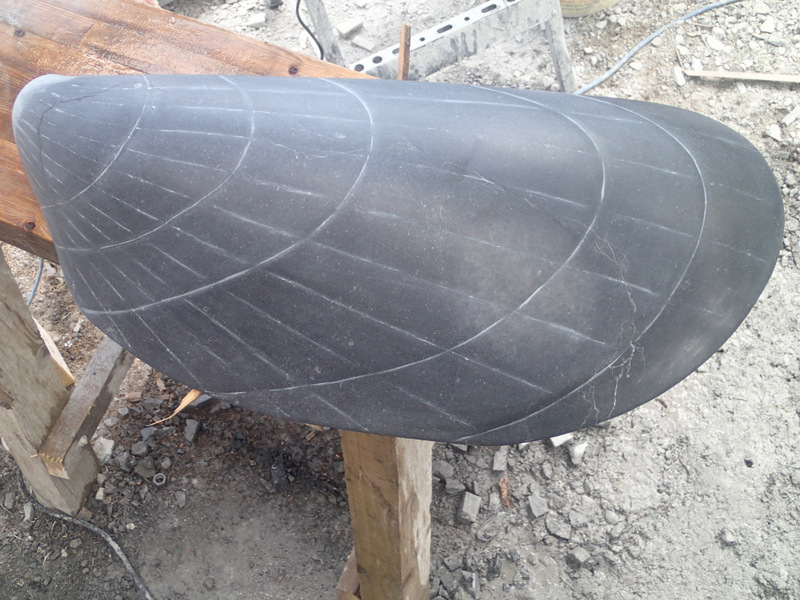 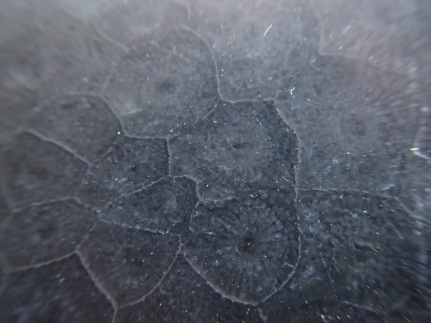 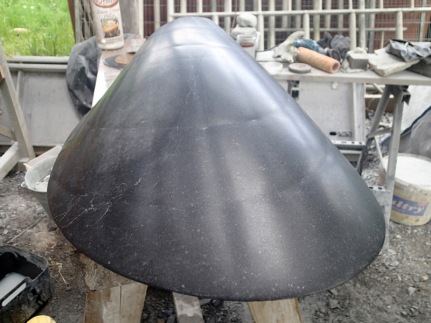 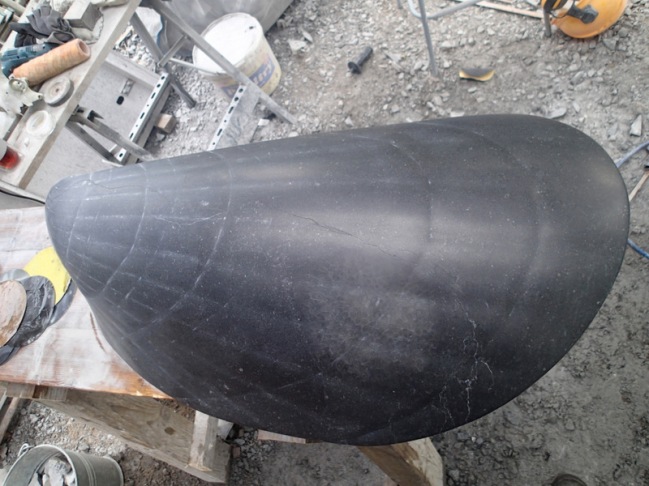 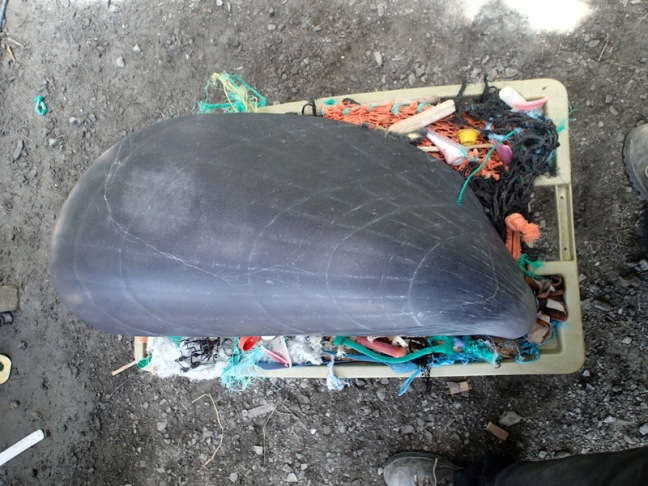 I was asked by Maggie Magee to exhibit at  Dublin biennial 2014. The exhibition was in June at the CHQ in the Dublin Docklands (See Dublin Biennial Post). There was an environmental theme to the exhibition. I presented the mussel shell spilling out of a fish crate along with plastic debris collected from a beach by Annagh Head, near Bellmullet, Co. Mayo. I wanted to highlight the plastic pollution in the oceans and how it is contaminating the flora and fauna of the sea and the food we eat! I also exhibited my “Pelvis” piece I made in 2012. 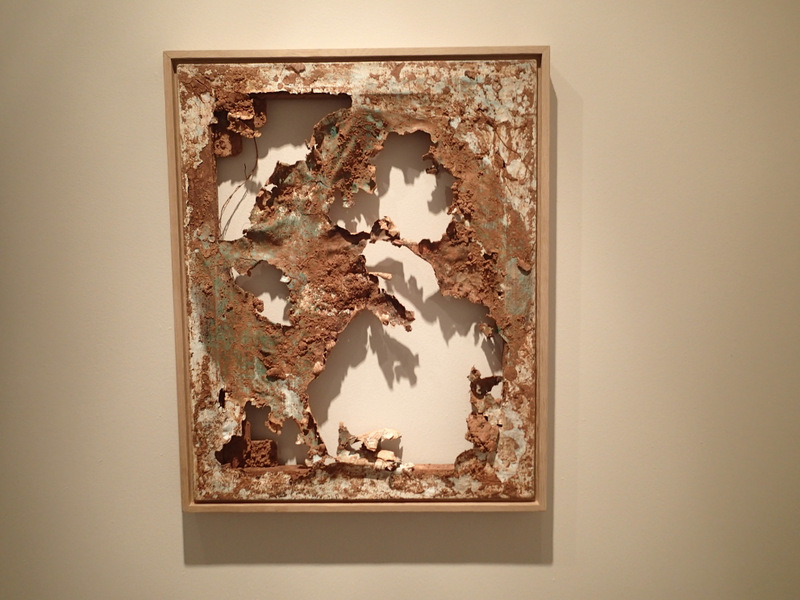 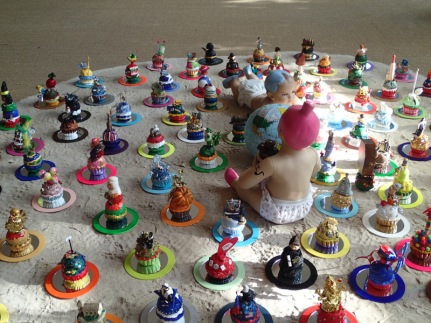 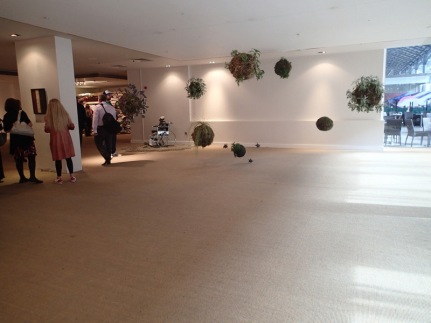 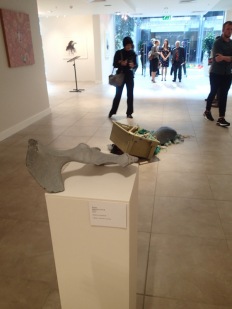 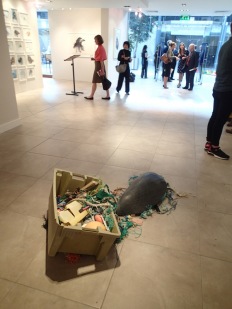 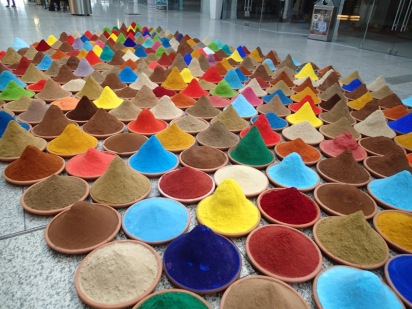 I was appalled at the amount of plastic debris on the Mayo beaches after all the storms we had last winter. I found the fish crate on the beach and it took me less than 5 minutes to fill the crate with plastic waste. Even on the micro-scale, plastic fragments were clearly visible with the sand grains. 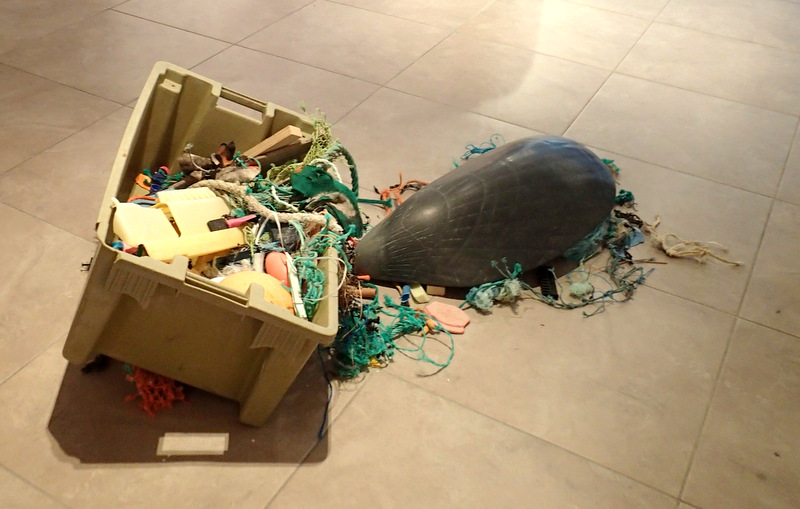 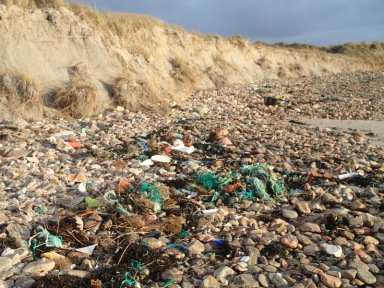 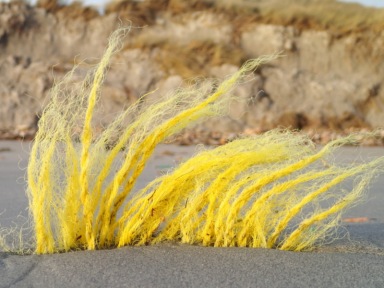 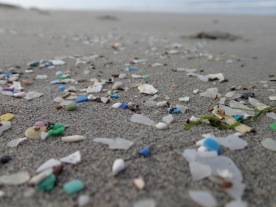 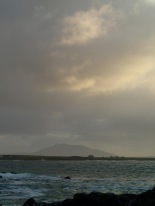 One thought on “Pulling Mussels (from the Shell)”