Last summer I grew some small spikey/bobbly cucumbers (from Seed Savers) in the polytunnel. I thought they were an interesting shape especially with the bobbles. I started the sculpture in the end of August last year and only finished it a few weeks ago. Never again, small bobbles are a nightmare to do, especially to polish!!

I am delighted that bobbly cucumber has gone to a good home already! See more at Lithicworks.com 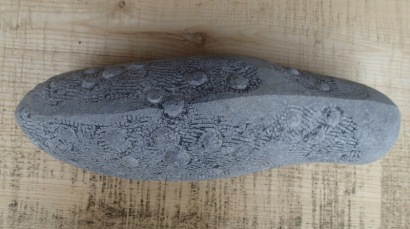 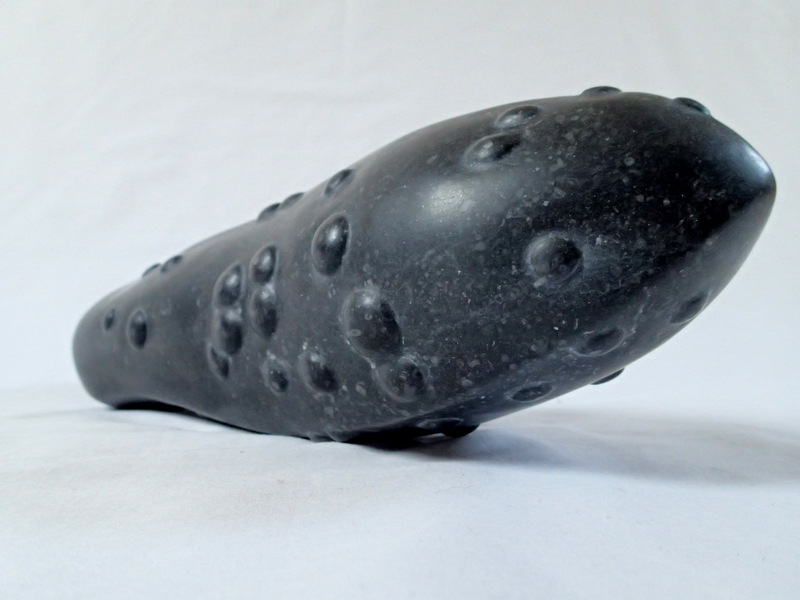 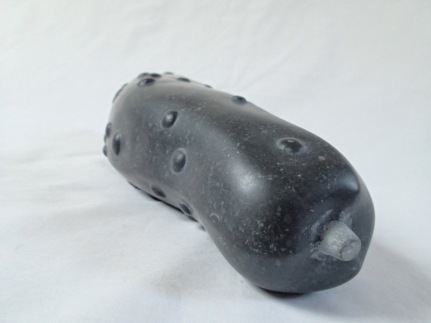 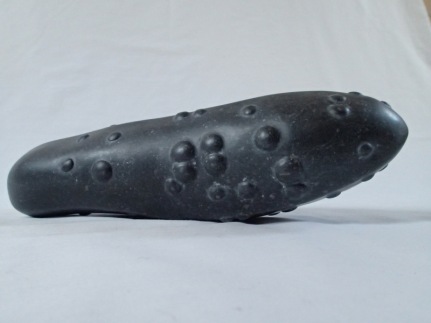 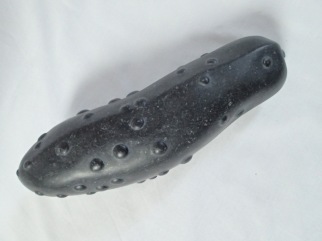